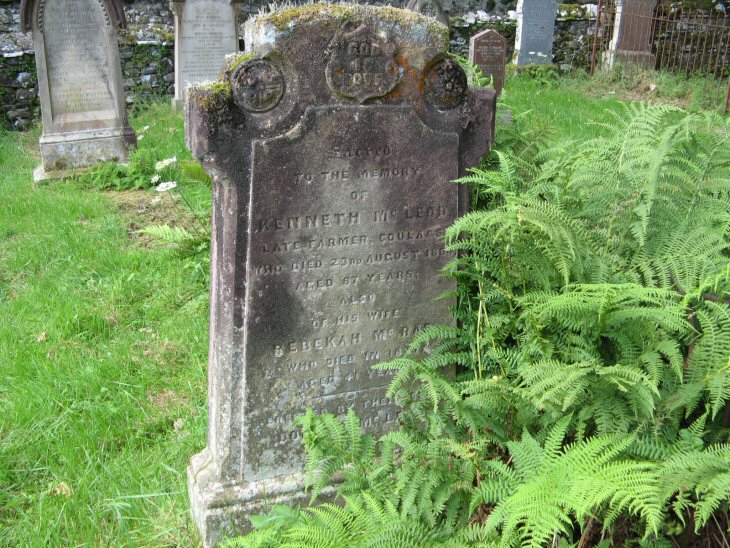 Erected by their son/DONALD McLEOD/1866.

Their son Donald McLeod married Elsie Cameron in Resolis. He emigrated to the USA and took part in the California gold rush in 1848 for a few years, came back and married, and had a family as per the news article attached.

He and his wife are referred to here: www.kirkmichael.info/Margaret_Cameron_of_Ferryton_and_Sheep_Park_and_the_1843_Resolis_Disruption_Riot_and_Cromarty_Jailbreaking.html"

There is a picture of Donald and Elsie's grave stone in California in the above story.