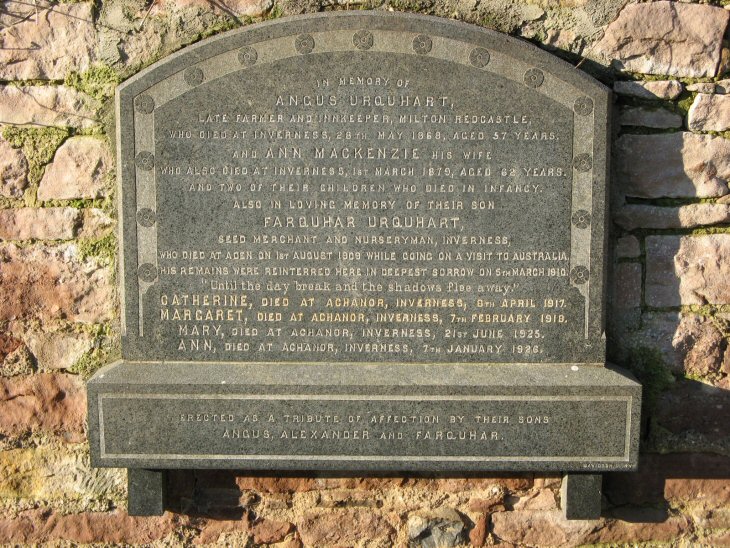 Erected as a tribute of affection by their sons/ANGUS,ALEXANDER and FARQUHAR.