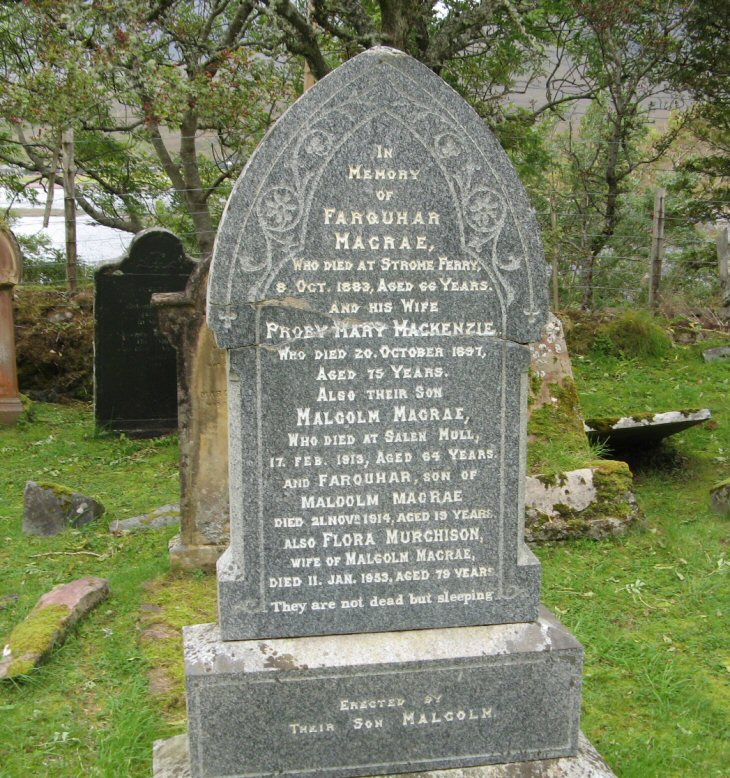 They are not dead but sleeping.

I believe that this is my husbands great x 3 grandparents
Added by Jakki MacDonald on 27 December 2010.