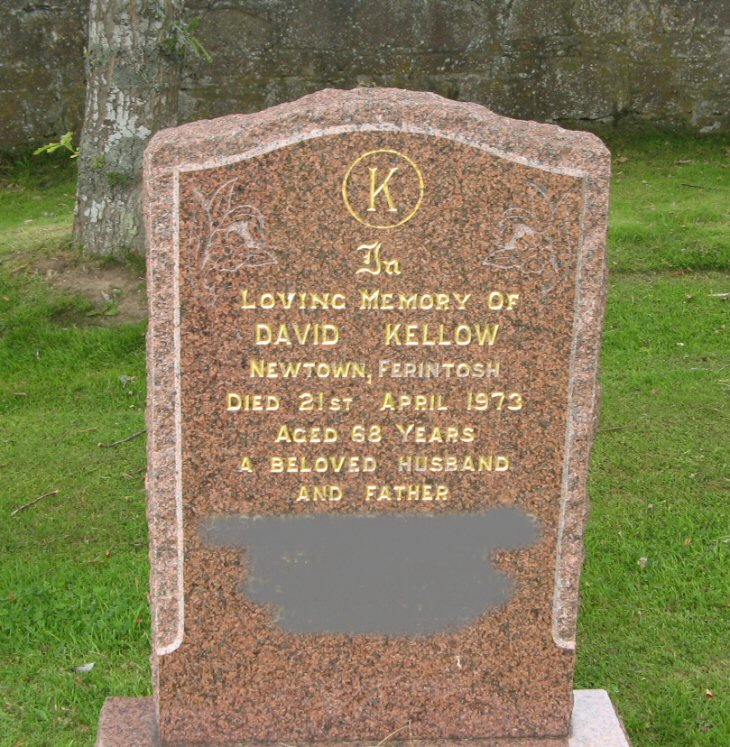 David's grandfather was George Cameron shoemaker from Newton Ferintosh. David was born in 1903 at Fearn. His mother Isabella died in Dingwall in 1935. His father died before her at Mulchaich in 1929.
Added by Mrs I Fisher on 19 September 2011.
David is Catherine Kellow's brother.
Added by Irene Fisher on 19 March 2017.