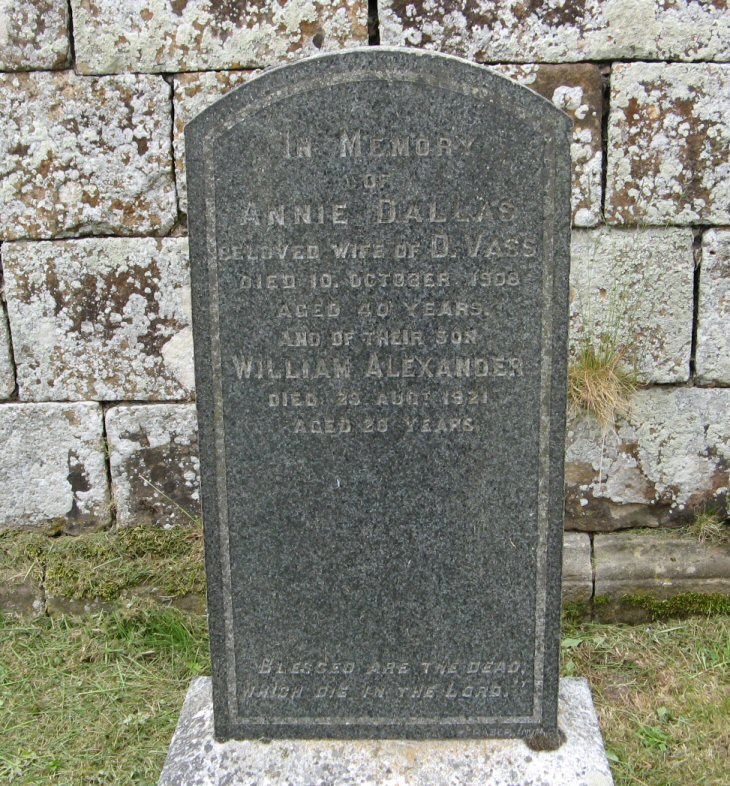 "Blessed are the dead/which die in the Lord."

I am looking for some info on my grandfather's birth family - he was adopted at birth, John Vass Kirkwood (01/05/20-30/08/99)...from census and certificate searches so far this Annie Dallas is more than likely to have been his grandmother and William his uncle...his mother was Sarah Vass. I have so far discovered she was born in the area of Knockbain and worked as a domestic assistant in Edinburgh in the early 1920s. She married a tailor by the name of James Ross in 1924 and was living in the Potterow area of Edinburgh at the time. I think she died at the age of 85 in 1979 in the North Berwick/East Lothian district...my grandfather was born in Edinburgh, all my grandmother can tell us is that his adoptive parents chose him at Simpsons Maternity Hospital and he knew his birth mother's name was Sarah. Would be great to have any information at all.
Added by Michelle Wiseman on 13 August 2009.