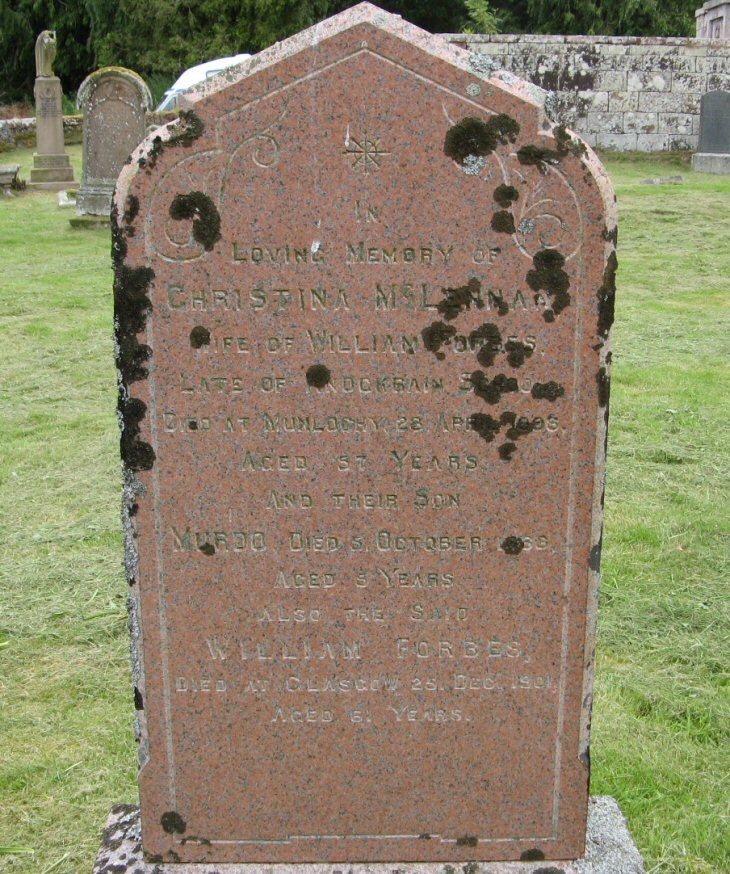 This is the grave of one of my ancestors and am delighted to find it. Christina McLennan was one of my Great Grandmother's sisters. I have passed the burial ground on several occasions not realising she was buried there so I must now visit. Your website has been such an asset to me when researching my Highland ancestors. Thank you so much for your contribution to Family History.
Added by Sheila Macdonald on 15 May 2014.