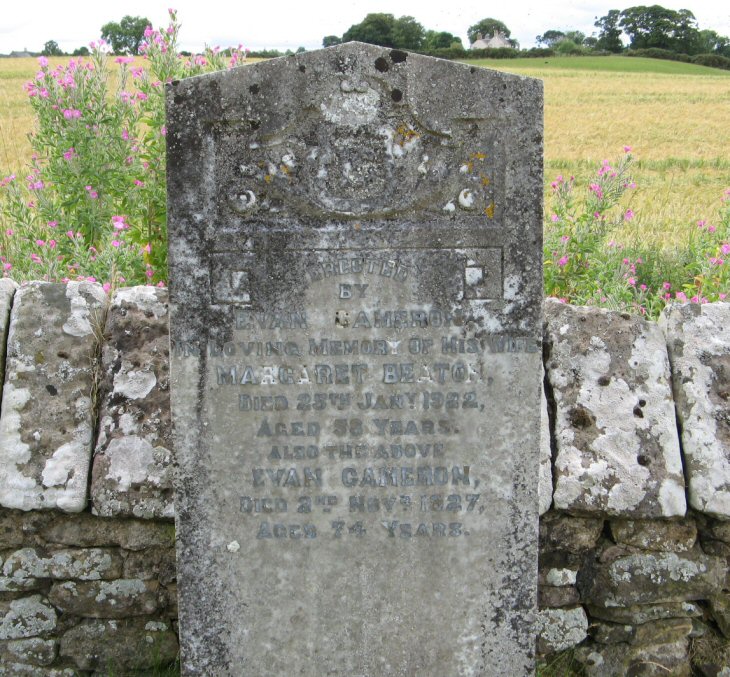 Evan is my grannie's great uncle, her mother's side.His brother John is also buried in the same graveyard.He died in 1923.
Added by Mrs Irene Fisher on 14 September 2011.
Evan was called after his mother's father. His father was a crofter, John cameron. His mother was Margaret Bissett (married in 1839).

Evan was the second youngest child out of ten children. Evan and his wife Margaret had no children but did look after his neice and nephew.
Added by Mrs I Fisher on 19 September 2011.
Five of Evan's brothers are buried in Old Urquhart,John, David, Duncan, Alexander & Angus, the youngest.