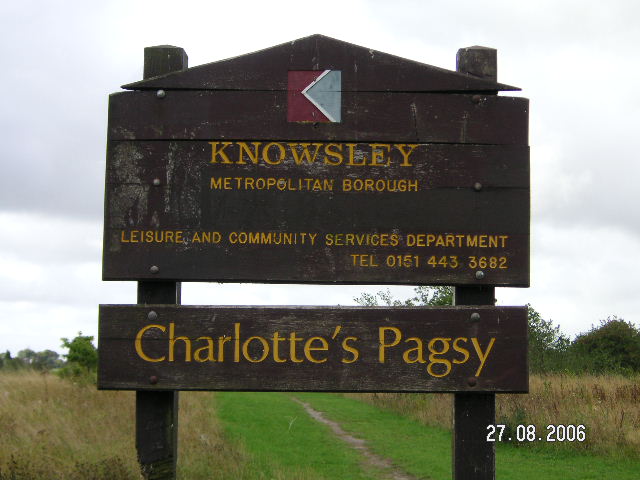 This photograph has been supplied by the family of Charlotte Elizabeth Henderson Grant Holder [stone 2236], who did much to improve and maintain the environment of her community in Melling Mount, Knowsley.The land shown above was for years known as the 'pagsy', derived from 'paradise'. The Council named the land Charlotte's Pagsy in recognition of the Mrs Holder's campaign to secure play space for local children.