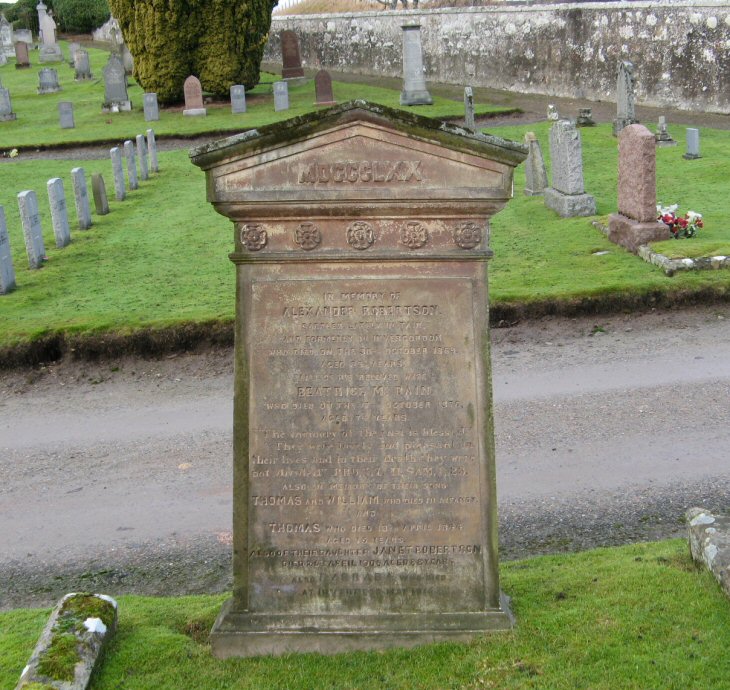 "The memory of the just is blessed."/"They were lovely and pleasant in/their lives and in their death they were/not divided." PRO X 7 II SAM I . 23.

Also in memory of their sons/THOMAS and WILLIAM who died in infancy/and/THOMAS who died 18th April 1844/aged 15 years/also of their daughter JANET ROBERTSON/died 26th April 1906 aged 88 years/also BARBARA who died/at Inverness in May 1915.

This is amazing, thank you so much. Alexander and Beatrice are my gr gr gr grandparents
Added by Helen on 27 April 2010.
Wow, my husband's 3xgreat grandparents, he married on 24 Apr 1815, daughters Elizabeth (Betsy our line), Wilhemenia and Isabella all emigrated to Australia.
Added by Kay Sturgeon on 29 October 2011.