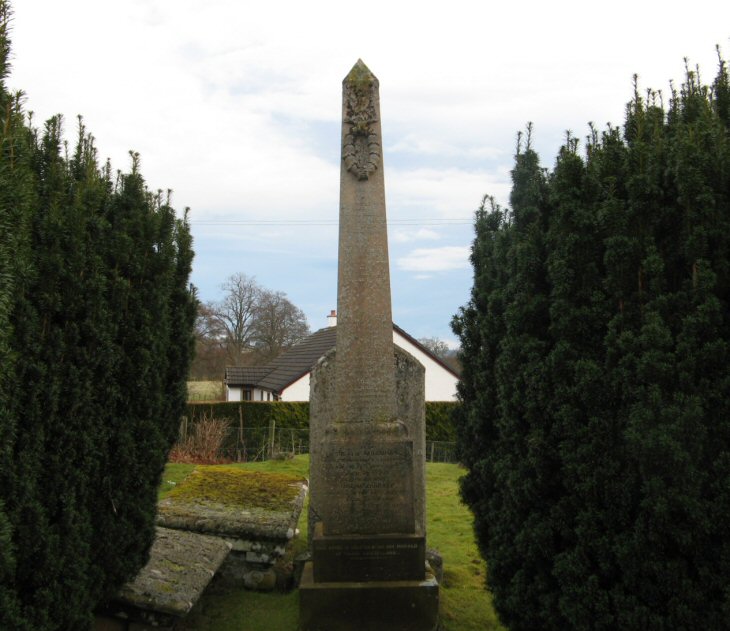 Thank you for this wonderful resource, Roddie.
You have helped me find my third great grandfather Thomas McLennan, farmer of Achterneed, b abt 1765 and his wife Grace, b abt 1799.
I am descended through their son Kenneth, mason of the Heights of Inchvannie, b abt 1807, and his wife Belle Cameron - and their son Alexander McLennan who settled in Australia and had many children in the mountains west of Sydney. I would be delighted to hear more about Thomas and Grace and their family from other researchers. Best regards, Ross Andrews, Queanbeyan (near Canberra, Australia).
Added by Ross Andrews on 20 June 2015.
I have to add to my earlier comment today. Thomas would have had an earlier wife when Kenneth was born in 1807. However, I have noticed that Kenneth and his descendants subsequently named several offspring Grace, no doubt in recognition of Thomas McLennan's young wife. I can't find any leads at this stage to Thomas and Grace's marriage or other life events at Achterneed and I'm keen to hear what others may have found. Cheers, Ross Andrews, Australia.
Added by Ross Andrews on 21 June 2015.
Dear Ross,
My name is Ray McLennan, and I have been spending the past year researching my fathers family history. Like you, the oldest record I and my excellent researcher have found is Thomas (b 1765)and Grace. I have been meaning to track down Alexanders records and family, so you may be able to save me the trouble. I have over 1000 persons in the tree up to now.
Added by Ray McLennan b 12.04.1950 (Kaitaia, New Zealand) on 18 November 2015.
Hi Ray, good to hear from you. I've sent you an email.
If it hasn't reached you my email address is ross.andrews.art@gmail.com
I'll also invite you to my ancestry.com page so you can copy across Alexander's details.
Cheers, Ross
Added by Ross Andrews on 19 November 2015.
There is a line missing from this transcription. I transcribed it in 1984, and it should read GRACE McLENNAN/who died on the 23rd November 1820/aged 56 years/Also his daughter/Cathrine McLennan/who died on the 6th February 1820/aged 21 years.
Many years later I found the bit about Catherine is on the leg part of the table stone on the front left in the photo.
Added by Chris McLennan on 06 April 2018.
Thank you, Chris. I'll get that sorted and apologies.
Added by Roddie Macpherson on 07 April 2018.
Thank you so very much Roddie Macpherson for making it possible for us McLennan descendants to find our forebears.
Added by Jeanette Egan on 18 April 2018.