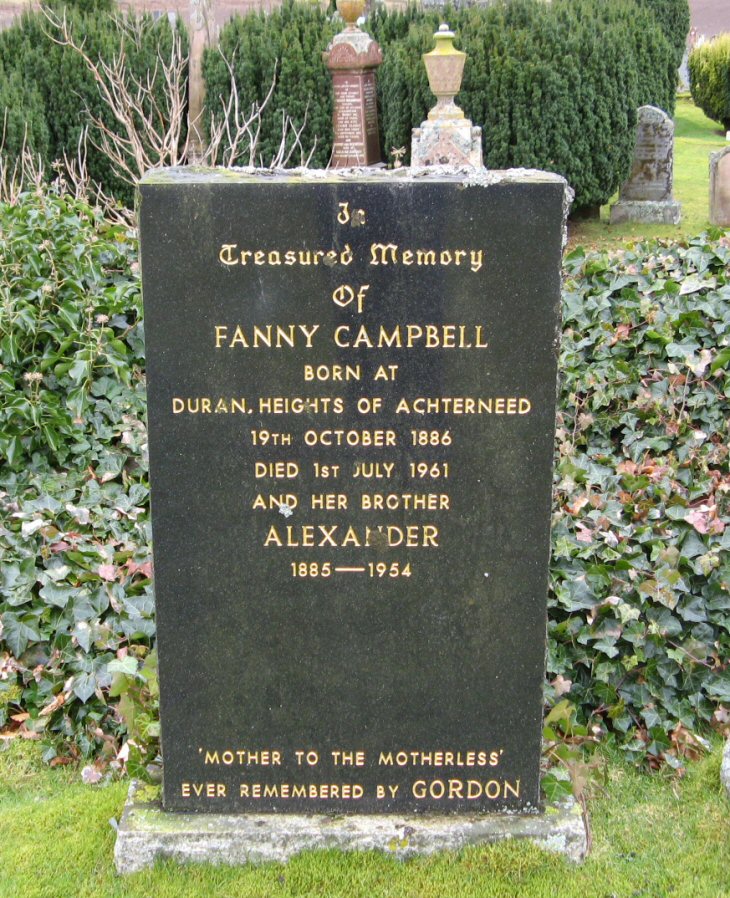 'Mother to the motherless'/ever rembered by GORDON.

Gordon MacIver was boarded out with Fanny and erected this stone in her memory.
Added by Fiona Newton on 23 September 2018.