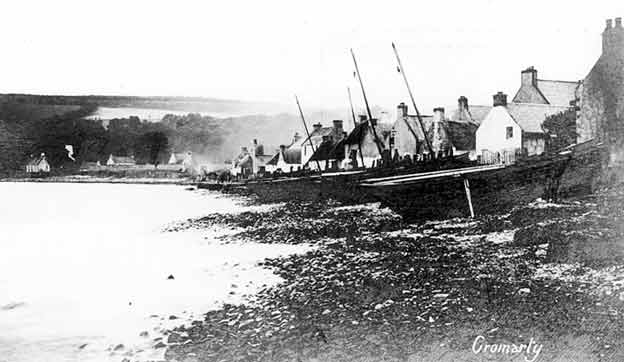 Looking Back at the Past

A common fantasy of folk interested in history is the ability to travel back in time; like the Boy with the Magic Patch - the young comic-strip hero who could be transported back to the great events of the past, simply by rubbing a special repair patch on his trousers.Some of the main events in Scotland’s history would have affected our forebears, the vast majority of whom would have been common folk. Although the County remains dominated by rural rather than urban landscapes, society today is very different from that in the 18th & most of the 19th centuries, the periods for which most family trees can be discovered. Perhaps the principal contrasts would be (looking at conditions of the past):-


*An analysis by the Napier Commission for 4 parishes in the Highlands and Islands found that, in the late 19th century, less than 10% of households were not directly involved in the land. In the late 18thC, less than 1% of people in Scotland had the right to vote: a right then bound to the value of a man’s property (by 1884, all male householders could vote: full suffrage was obtained 44 years later). In most cases, therefore, our ancestors had no vote and extremely limited security of tenure. It is understandable that, despite the hardships they undoubtedly suffered at the hands of many landlords, most were reluctant to oppose the interests of the lairds and their agents - after all, they were at risk of losing not only their homes but also their livelihoods. One view of the status of common folk held by the late 18th C establishment may be seen in a case against a reformer, accused of sedition:-

Government in this country is made up of the landed interest, which alone has a right to be represented; as for the rabble, who have nothing but personal property, what hold has the nation of them? [Lord Braxfield in 1793].

Inscriptions on headstones often give information about the occupation of the deceased. In many instances, these are noteworthy by marking new technologies (eg wire-fencer), or oddity from a modern view (bonesetter). However, they provide only a limited picture of the livelihoods of people in the parishes. Only the well-to-do would have afforded the expense of a stone. Most folk were buried in unmarked places. In addition, many stones have been ‘lost’ through damage, neglect, or by sinking beneath the turf.The majority of our forebears in the County would have been small farmers, agricultural labourers, rural tradesmen, or fishers - many were involved in all these activities. The army and navy recruited many from the area. Women were responsible for a vast range of household tasks; the unmarried would often have been servants. Some of the most comprehensive descriptions of past life in the parishes are contained in the Statistical Accounts of Scotland, usually penned by parish ministers in 1790s and between 1835-1845 (free access online at www.edina.ac.uk/stat-acc-scot/ and choose the parish that interests you).
Picture Added on 22 January 2008.

A great old photo of Cromarty ! my Great Grandparents Kenneth & Catherine MacRae of Kintail moved to Cromarty, my Grandmother Christina was born at Farness in 1867 ~ it is wonderful to see these postcards from 1890....Thanks again
Added by Flora Macdonald on 02 January 2014.