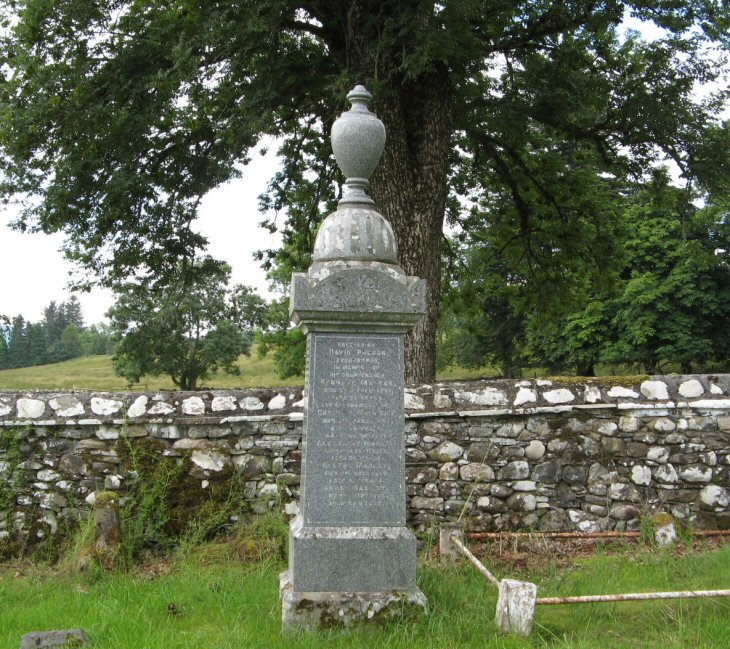 These are my GGG grandparents who had a croft on Slumbay, Kenneth Mackay originally from Urray. His 4th son, Hector died 2 June 1863 of TB. David Polson was illegitimate and has not included on this stone his mother Eleabeth/ Betsy Mackay who died 28 Aug 1871 age 41. The only one to have children was Donald Mackay, my GG gfa. I have two old black & white photos if you would like them: one of RHS; the other of LHS, the latter having short step-ladder in background.
Added by Buzzy Garden on 03 May 2014.